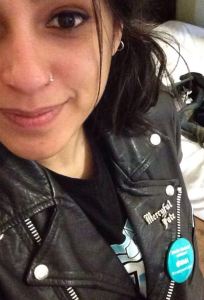 Update (Jan 2021): This was written in 2016, when I first started blogging, and I can’t bring myself to delete or modify it. Suffice it to say that ‘thirty’ is a distant dream, indeed the big 4-0 does not seem so far away!

Perhaps the greatest gift of my life was that I came across the most magnificent record of all time at the young age of eleven. Having been brought up on a steady diet of Pink Floyd and Deep Purple, I had already acquired a taste for heavy music – the drive of the guitars and soaring vocals had already proven a distraction from much of the contemporary music at that time (although I freely own up to a Spice Girls phase). Nothing, though, would prepare me for the sharp corner I was about to turn.

Growing up in India in the 90s, my most cherished possession was my Walkman cassette player. It sat on my hip like an extra appendage, clipped onto tattered jeans, consuming batteries at a rate that left my mother quite alarmed. I had amassed an impressive selection of tapes, most hand-labelled by my parents from when they were the coolest kids in med-school. I bopped to Funky Town and rocked out to Highway Star, lovingly rewinding my cassettes with a chewed up pencil end, so I could listen to that song again. For the sole, slightly chubby child of a single, working mother, music was my sanctuary.

Technology, however, was moving on – and one day, I came home to an impostor. It sat on a shelf in my room, taunting me with its polished gunmetal body, its coldly impersonal digital display. I (still) abhor change, and just couldn’t work this behemoth out – its tongue-like tray that protruded out with a sinister, mechanical whir – to gobble up what they were calling a compact disc. I hated the instantness with which you could skip a song. I found it cumbersome that you couldn’t rewind your favourite guitar solo so you could listen to it again.

And so it stood neglected for several months, until a package arrived from my father. It was a stack of CDs – I can sadly no longer recall all of them. I distinctly remember the Greatest Hits of Steely Dan, Led Zeppelin IV, Deep Purple’s Machine Head, and the aforementioned (yes, I took quite a tangent, apologies) greatest record of all time. I’ll never know why my father bought it, nor why I was instantly drawn to the sinister cover: a background of dark storm-clouds, blocks of council flats glowing eerily in the light of a street lamp. Desperate hands clawing at a skeletal figure who stands tall, brandishing a bloody axe in the air – and scrawled in blood: Killers.

Thus began my journey into heavy metal. I had a voracious appetite for aggressive music and fed the beast with all that I could find. Anything with a crucifix, dragon or a partially dressed woman on the album cover was purchased – and of course, those covers adorned with the instantly recognizable mascot of my most beloved band, the creature I had learned was called Eddie. Music mirrored my mind. The joy of a first love, the pain of losing him: bittersweet Savatage. My volatile teenage anger at feeling alone and misunderstood: rage-filled Sodom. Drinking cold beer on a hot summer night without a care in the world: Judas Priest and Whitesnake. Every year, people would say, patronisingly: it’s a phase. It wasn’t – ‘it’ was near enough my whole life.

It occurred to me the other day, that I’m nearly thirty. Thirty. When I first started listening to metal, that number seemed impossibly old to me. I look back through the highs and lows of my life, through the great loves and losses – both men and music, and I really think, what stands out is my own journey. From a foundation of traditional metal, a teenage tryst with thrash, a brief flirtation with technical death, to nourishing my soul with NWOBHM, it seems I was preparing myself for my one true love: United States Power Metal.

So, for those of you that skimmed through the above (I know – TL;DR, right?), this is the basic gist: I wish everyone could feel the way I do when I listen to music. To that end, I hope to bring you what I think is the very best of the genre, and explain how it changed my life.